The 905 feels the heat from Toronto’s housing market 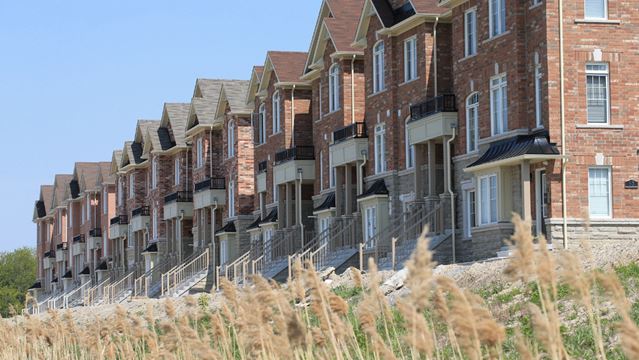 Strongest home price gains in the third quarter of 2016 were in 905 areas, says Royal LePage.

The search for affordability in the Toronto region’s hyper housing market is changing the character of some traditionally blue-collar communities in the 905 area code around the city, according to one of Canada’s biggest real estate brokers.

The average Toronto-area home price rose 13.6 per cent to $693,154 in the third quarter compared to the same period last year. That compares to a national year-over-year increase of 12 per cent to an average cost of $545,414.

The strongest Toronto-area growth was in the communities surrounding the city, with 10 out of 11 communities in the 905 area reporting double-digit growth, says the report from Royal LePage.

It attributes much of that strength to the high demand, low inventory market that has made multiple offers the norm in most residential real estate sales.

“Regions that once were industrial hubs have begun to gentrify as they transform into commuter cities, housing many young professionals looking for more affordable housing,” says the report.

Of particular note are the hot pockets of Oshawa and Whitby, where prices soared 26 per cent and 21.5 per cent respectively in the third quarter, year over year.

“If you look at a city like Oshawa, which was traditionally based on heavy manufacturing in the region, more and more people are looking at it as an extension of the entire Greater Toronto Area. They may be working in Markham in high tech or in financial services or IT development in downtown Toronto, yet living in Oshawa,” said Royal LePage CEO Phil Soper.

“Traditionally they might have gone as far as Scarborough, but the search for affordability and space is pushing them farther out, farther up and in both directions east and west,” he said, referring to similarly hot markets in the Hamilton-St. Catharines-Burlington corridor.

“There’s no structural reason that has left them below average this quarter and they’re likely going to be back in 2017 among the leaders,” he said.

Soper said this month’s federal announcement about more rigorous stress testing of mortgages is the most significant change in years.

Starting Monday, Ottawa is requiring all insured mortgage holders to qualify at the five-year Bank of Canada rate, a condition that was previously only applied to those with shorter fixed or variable terms. It doesn’t apply to those who already have a mortgage or are renewing.

It’s a “thoughtful approach” likely to have some impact without triggering a sharp correction in the housing market, said Soper, who noted that initial indicators showing housing activity slowed in the wake of the announcement have already bounced back.

He downplayed one bank figure that suggested the changes would take 12 per cent of transactions out of play.

Not every buyer borrows the maximum available to them. In Vancouver, some buyers may have to mortgage themselves to get a detached house, but, “that’s not the case in Oshawa or Burlington,” said Soper.

While Vancouver is cooling, the third quarter may represent “a final hurrah” for its expansionary cycle, according to Royal LePage.

“The median value of homes in the tiny West Vancouver suburb increased by nearly 40 per cent — or an astonishing million dollars — year-over-year,” said Soper in a press release.

Average third-quarter price of a Vancouver home, up 34.1% year-over-year

Average third-quarter cost of a home in Oakville, up 15.4% compared to the same period last year