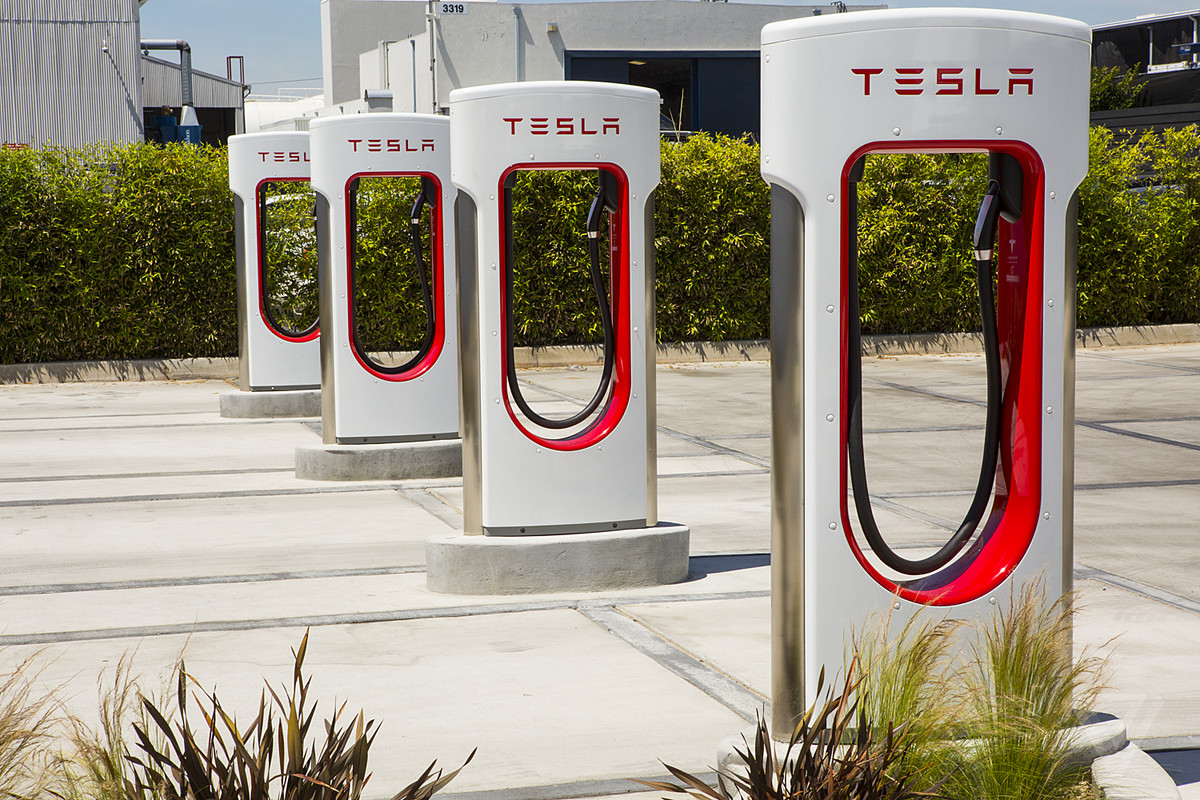 Charging an electric car isn’t like refueling one that runs on fossil fuels. The entire process can sometimes take 30 minutes or longer, and if you’re somewhere with spotty cell service, the wait becomes even more interminable.

Tesla is eyeing a possible solution: small stores that sell cold beverages and salty snacks, located adjacent to its Supercharger stations, so you can fill your belly while the charging station powers your car. Yep, Tesla wants to build gas stations (minus the gas, of course).

According to GrubStreet (citing a report in trade publication Restaurant Business), Tesla’s chief technology officer J.B. Straubel gave a presentation at FSTEC, the industry’s biggest food tech conference, about the company’s plan to attach convenience stores to some of the Supercharger stations across the US. Straubel even showed off what’s been described as “an aerial depiction of a recharge center that included what looked exactly like a c-store.” (C-store is industry-speak for “convenience store.”)

(We’ve asked a Tesla spokesperson for a copy of the rendering and will update this post if and when we hear back.)

“People are coming and spending 20 to 30 minutes at these stops,” Straubel explained according to GrubStreet. “They want to eat, they want to have a cup of coffee, and they want to use the bathroom.”

He insisted, though, that Tesla has no interest in managing a full-service food operation. “We already have been working with restaurants,” he explained. “That can only start scaling up.” Indeed, in 2016, Tesla formed a partnership with US-chain Ruby Tuesday to build electric car chargers in the restaurants’ parking lots.

Investing scarce capital dollars in a nationwide retail construction project may not make a ton of sense — especially right in the middle of the rollout of the Model 3, its first mass-market vehicle — but I’d be lying if I said that the idea of a Tesla-branded Slushee didn’t sound super appealing.