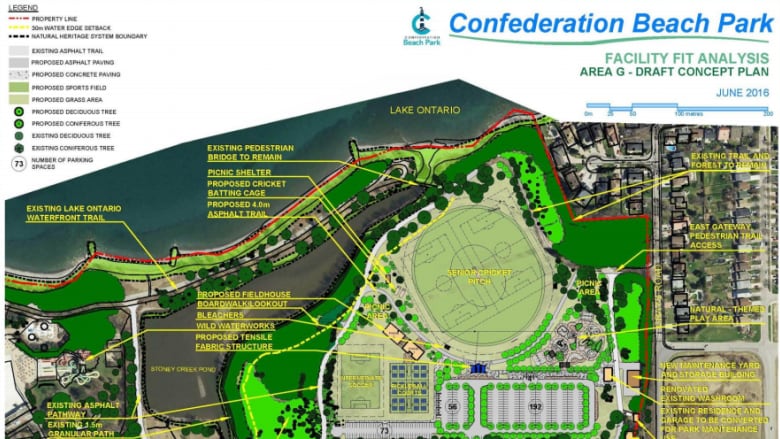 An outline of where facilities will be placed in the Confederation Beach Park redevelopment. (City of Hamilton)

Hamilton’s east-end waterfront along Lake Ontario is scheduled for a complete redevelopment over the next 20 years.

The aim of the investment in the 93-hectare Confederation Park lands is to bring the area up to its full potential, both in terms of economic benefit and as a attraction for both residents and visitors.

‘The park really has something for everyone and the plan we have in place seeks to enhance those elements.’
– Ward 5 Coun. Chad Collins
On Thursday, the public works committee was presented with a detailed report outlining how the $40.76-million project will take shape.

The report described the current park as an “underdeveloped asset both in terms of economic potential, as well as the level of utilization by residents of the City of Hamilton and others.”

‘In need of updating’

Ward 5 councillor Chad Collins said Confederation Park has always been a place of recreation for people across the city. The park has grown in popularity since the waterfront trail was built more than a decade ago, hesaid, adding the land holds the potential for much more to be developed.

Collins said he’s lived in the area his entire life and the park was in need of updating.

“I don’t want to say that we’ve fell behind, because we’ve always had the park there,” he said.

“Over the decades, I don’t think we kept pace with what people wanted or expected. For me, the master planning process is about taking the park to the next level and modernizing it with new recreational facilities.”

The redevelopment process has three main components to it, Collins said: a commercial element, an active recreational element, and a natural restoration element.

“The park really has something for everyone and the plan we have in place seeks to enhance those elements,” he said.

With the new trail and some of the new amenities already constructed, the city is on its way to boosting attendance from the half-million mark to the 700,000 to 800,000 visitors a year.

The redevelopment, according to the master plan, will come in phases as council approves aspects of the project as they are presented. Over the next few years the project will focus on developing a sports park and re-evaluating what to do with Wild Waterworks.

The vacant campground along Confederation Drive will be the site of a new sports park. The park will include a regulation-sized cricket pitch, 12 pickleball courts, a new field house, a maintenance yard and a natural-themed play area.

The design of the sports park is expected to be finalized next year and has a budget of $3 million. 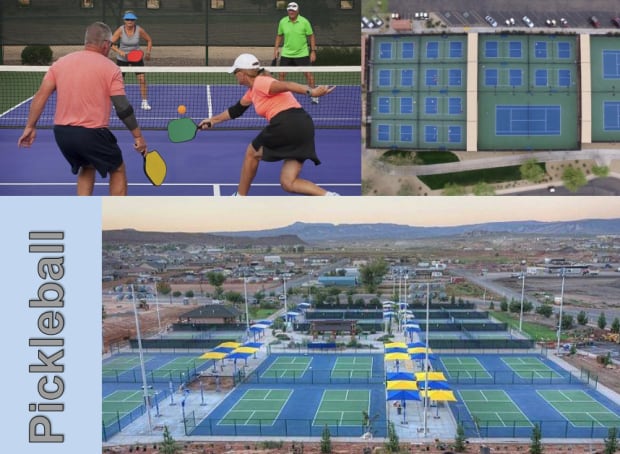 The Confederation Beach master plan includes the development of a sports park with 12 pickleball courts. (City of Hamilton)

According to the redevelopment master plan report, pickleball is a growing sport and has placed increased demands on recreation centres throughout the city. There is a need for more outdoor courts, the document reads.

The design and construction of the North Service Road and entrance into the sports complex is budgeted for $1 million.

Another part of the redevelopment plan will assess the condition and the needs of the Wild Waterworks park, operated for the city by the Hamilton Conservation Authority. The proposed budget for developing this plan is $150,000.

When the time comes to complete upgrades to the water park, the expected cost is set around $400,000. The Little Squirt Works – a water play area geared to younger users – will also be redesigned and developed. The cost of this will be around $1.5 million.

In 2015, the attraction saw 130,000 visitors – the most the park as seen in one year. The report said many of the principal features in the park are nearing the end of their life cycle. The cost of the Wild Waterworks master plan is to be included in the 2017 budget. 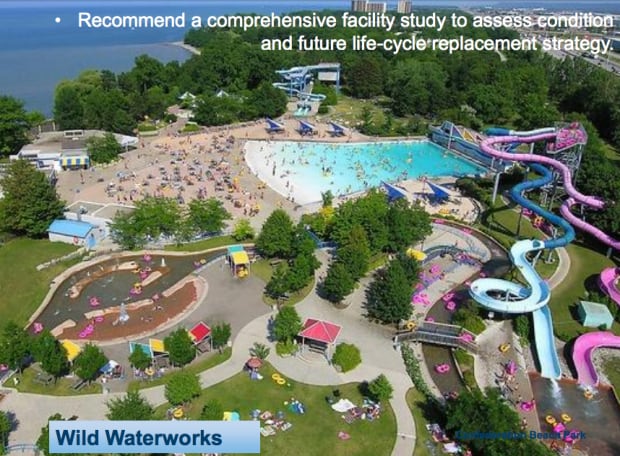 Upgrades will be made to Wild Waterworks during the redevelopment of Confederation Beach Park. (City of Hamilton)

There are a number of projects proposed to be included in the Confederation Beach Park redevelopment. Some of these include: