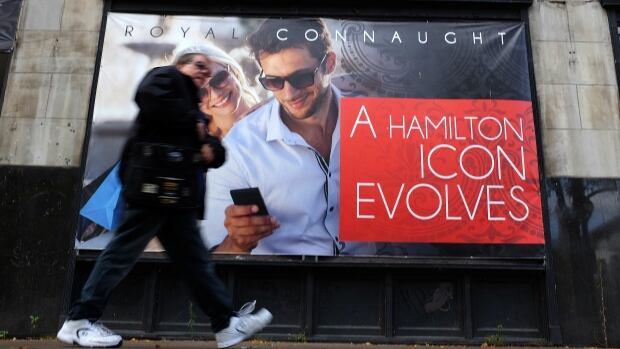 Major Canadian bank economists say Hamilton will continue to be one of the strongest housing markets in the country in 2015.

Some predictions are even more striking.

“For 2015-2016, Hamilton is the only city where we actually have home prices growing over the two years,” said TD real estate economist Diana Petramala.

The TD analysis looks at the largest 14 cities in Canada.

‘For 2015-2016, Hamilton is the only city where we actually have home prices growing over the two years.’– TD real estate economist Diana Petramala

Over the last few years, Hamilton’s housing market has been hot, often ahead of the pack in how much prices rose or how many homes sold. The market has been a frequent talking point, its strength touted as evidence of the city’s vibrancy.

Hamilton, where prices rose six per cent last year, has been experiencing the kind of sales and price activity more typical in Vancouver, Calgary and Toronto. While the rest of the country may wonder about the continued strength of local housing markets, Hamilton appears poised to remain hot in 2015.

No scratching expected in Hamilton.

“I have to say the dynamics in Hamilton looks to be one of the firmer markets in the country,” Porter said.

The projected strength comes as builders try to keep up with demand. There are more than a dozen condo and townhome projects comprising hundreds of units in downtown Hamilton alone, under construction or about to start.

Less clear than the cranes in the air: What effect the continued frenzy will have on Hamilton neighbourhoods and whether first-time buyers will find a way in to homeownership.

Rising prices are good news for homeowners, but not usually for those who haven’t bought in to the market yet.

“It’s now, I think, pretty much an established fact that Hamilton’s beginning to experience gentrification,” said Richard Harris, who teaches a fourth-year real estate class at McMaster University. “For such a long time that just seemed like something that had passed Hamilton by.”

“Hamilton was the tightest market in the country all year,” Porter said.

But price indexes don’t track the same house over time, but just the average of however many homes sold in the month. So if one month had a number of expensive homes that sold, and the next one didn’t, it would look like prices went down.

That’s what RE/MAX thinks will be happening in Hamilton next year. Homes, especially in the lower city, may be selling for more than they would have in 2014, but if they’re cheaper overall than the most expensive houses that changed hands that year, the prices won’t appear to be going up as much.

“It’s a slowing of the rate of growth, but it’s not a slowing market by any means,” said Gurinder Sandhu, regional director for RE/MAX Integra. “Averages are just that — they’re averages. If you have a higher end of the market that’s transacting more, that doesn’t necessarily mean that theprice of all homes went up, just that the mix of homes changed.”

When Petramala compared Hamilton house prices to the average incomes here, she found that Hamilton’s price-to-income ratio has nearly doubled since 1999.

But prices are still within closer reach for Hamiltonians, she said. The ratio is 6.6 per cent in the Greater Toronto Area.

More supply on the way

The pipeline has hundreds of units on the way in projects that have been recently completed, are under construction or about to commence. Here are just a few with more than 75 units, from the city’s urban renewal department:

Toronto as a floor

“Hamilton is kind of in a unique position in that it’s a relatively affordable housing market when you compare it to the largest urban market that it’s close to,” Sandhu said.

That’s some of the attraction developers are counting on with their investment in condos.

More than a dozen projects are underway, comprising hundreds of units. Developers are projecting Hamilton residents commuting to Toronto may be more interested in condo living than the upkeep required for a detached house.

The proximity to Toronto could cut both ways.

“What happens in 2015 in Hamilton is going to depend very considerably on what happens in Toronto,” Harris said. “They’re really, these days especially, joined at the hip.”

Petramala said the bank is expecting some softening of prices in Toronto in the coming years. That could mean Hamilton’s “cost advantage will erode,” she said.

But Harris said the investments that developers and investors are making in Hamilton real estate are recent enough that they could help cushion any impact to the city’s real estate in the future.

“Say, hypothetically, Toronto prices drop by 10 prices in the next year or two, I don’t think Hamilton prices will drop as much,” he said. “Especially I think that’s true for some of the neighbourhoods around downtown. Part of what’s happened with Hamilton in the last five years I think it was undervalued in relation to Toronto for a long time.”