BIDDING WARS: Just how hot can Hamilton’s housing market get? 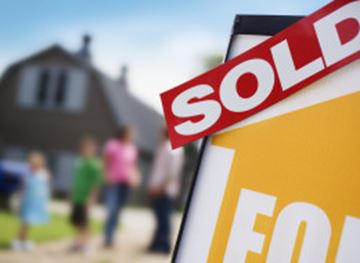 The neighbourhood is not trendy and the house needs work.

So it was a surprise when it yielded $100,000 more than its $199,900 asking price in a deal inked Monday. While there has been a growing list of above-asking deals in the city, it’s believed — at 150 per cent — to be the biggest leap in the central city.

But the frenzy has been less common in Hamilton’s inner-city neighbourhoods.

This Grant Avenue three-bedroom, century home has all the original hardwood, doors and trim that buyers covet. It’s in the up-and-coming Stinson neighbourhood and close to transit. But there have been few upgrades.

Listing agent Rob Golfi says he aggressively priced the house and held back offers for a week, hoping to generate a deal around $230,000. That would be just about average for that street, according to the local real estate board.

Golfi says he was shocked by the $300,000 condition-free offer, one of nine that came in on the property. The buyer, who intends to live in the house, had already been outbid on a number of properties, says the realtor.

“We’re seeing this in central Hamilton now,” Golfi, of Remax Escarpment, says of the multiple offers. “Things are picking up speed there pretty quick.”

March was a “crazy month,” says real estate adviser Cam McCarroll of Harbour Properties. He says listings were snapped up for over asking price all over the place. April has been a bit more moderate but still hot, he says.

“We’re seeing bidding wars in neighbourhoods we haven’t seen them in before.”

McCarroll, who advises investors and homebuyers, says the climbing prices and shortage of listings in the North End are now driving demand east into Landsdale. Other hot spots include Crown Point around Ottawa Street, and Stinson, St. Clair and Blakeley, all east of downtown.

Those neighbourhoods are particularly attractive to new investors, who find achieving positive cash flow in pricier neighbourhoods such as Durand, Kirkendall and the west Mountain more challenging, he says.

In a holdback scenario, sellers set the price below market value — in some cases dramatically so — and set a time when they will accept a one-shot bid from buyers. The hope is that the most committed of buyers will go well over asking to make a deal in high-demand areas.

Golfi says an agent he knows had a listing on Mohawk Road this spring in which the seller wanted to get $250,000. The agent figured a more realistic price was $229,000 but listed it at the seller’s asking price.

It sat for a couple of weeks with no offers.

“There is a psychology to it,” said Golfi. “You’re better off to go with an aggressive number and get multiple offers. A willing buyer will go higher in a holdback if they really want a property.”

But Donna Bacher, president of the Realtors Association of Hamilton-Burlington, says holdbacks don’t always bring a jackpot to a seller. No one pays attention to the listings where holdbacks have not generated any offers, she says.

She says some buyers will not participate in holdbacks, even in markets such as Hamilton where sales are outpacing listings and the average price in March climbed close to 10 per cent over the year before.

A BMO study in 2013 found 72 per cent of Canadians are unwilling to go over asking price. But on the flip side, that means 28 per cent will wade into a bidding war.

McCarroll says buyers looking for a place to live are often driven by emotion. They will fall in love with the character of a home or a street and may pay above asking to land a deal.

Real estate investors are only driven by numbers. He says they often won’t even look at properties with holdbacks.

“If you give a few days to show a house, it’s only fair to hold back offers. It’s almost a more democratic way,” said McCarroll. “But 50 or 60 per cent of our buyers won’t participate, so it can work against a seller.”

Richard Harris, a McMaster geography professor, is not surprised by bidding wars in the central city.

The influx of commuters priced out of the GTA market first clearly showed itself in Ancaster and the west Mountain in the 1990s. But the revival of the city’s arts scene, solid and historic housing stock and a general yearning for walkable, urban neighbourhoods, is driving that demand into the lower city, he said.

As part of a national study of inner-city neighbourhoods, Harris and other researchers found Hamilton’s central neighbourhoods were in economic decline until 2010.

But he concluded much has changed since and continued revival is “inevitable.”

“I think in five years we will see the effects have consolidated and expanded,” Harris said in an interview. “What is happening in Hamilton now happened in Toronto in the 1960s and 1970s. It started in Cabbagetown and just spread and spread.”